Receive $25 off when you purchase both this font and the Spacerite Special Roman 2 font at the same time. Use coupon code “special25” 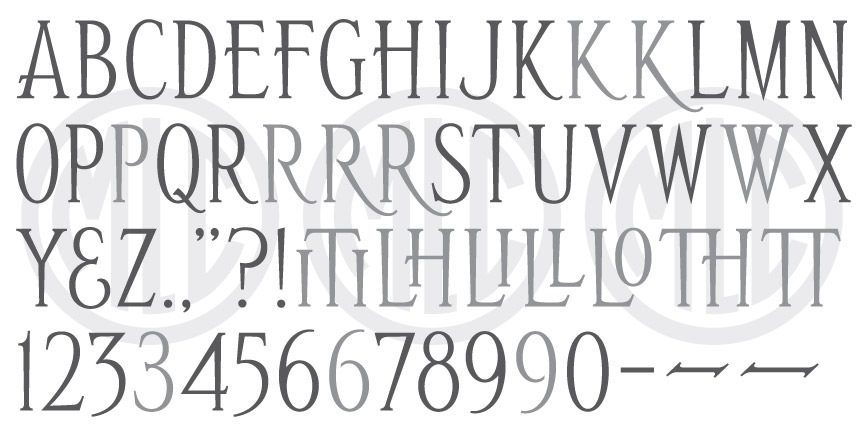 * Only the basic character set is shown here. For a sample character map see the MLC Font Project page. Alternate characters and ligatures shown in grey.

This font was created by the Monument Lettering Center in 2016 for the obelisk memorial of Thomas J. Makichuk of Ontario Canada, to be set in the historic Notre Dame Cemetery near the sarcophagus of Sir Wilfred Laurier in Ottawa, Ontario. Designing his own memorial, and having an uncommon appreciation and eye for memorial design and symbolism, Mr. Makichuk found the resources available to him lacking and decided to consult the MLC on the lettering and design. By Mr. Makichuk’s prior decision, his gothic-influenced obelisk would utilize Spacerite’s Special Roman 2 lettering for the surname. This style of lettering was chosen, in his own words:

…for its mid-century modern interpretation of neo-classical lines, and to allow for a wide character when arranged vertically on the front and back of the monument.

Finding a font that could be engraved horizontally and carry a suitable height across the narrow field provided by an obelisk proved challenging, and Mr. Makichuk had previously settled on using the ScotchKut Condensed Roman alphabet for the names and dates on the memorial. After some conversation and a bit of influence from the lettering engraved on the tablet of General Claire Lee Chennault in Arlington National Cemetery, the decision was made to create a custom font for the memorial. The letters would need to be condensed enough to fit names and dates on the obelisk, yet match the Spacerite version closely enough to promote continuity across the two styles. Over the next six weeks, the Condensed Special Roman 2 font was born.

Aside from the narrower geometry, the distinguishing features of this font are very close to the Spacerite Special Roman 2 alphabet, though, to accommodate its condensed form the serifs have been shortened. The downward-angled spurs on the crossbars of many letters have been kept, and like its predecessor, the stems and overall shape of the letters are slightly tapered. In contrast to the original Spacerite Special Roman 2 alphabet, the crossbars were all raised or lowered as is fitting for a condensed roman font, and some letters containing intricacies not conducive to a condensed alphabet have been simplified; including ‘B’, ‘C’, ‘D’, ‘R’, ‘P’, though alternates of ‘R’ and ‘P’ have been included which are similar in design to the original Spacerite letters. In the end, the width of a word in the condensed version is about half the width of the same word spelled out in Spacerite’s Special Roman 2. 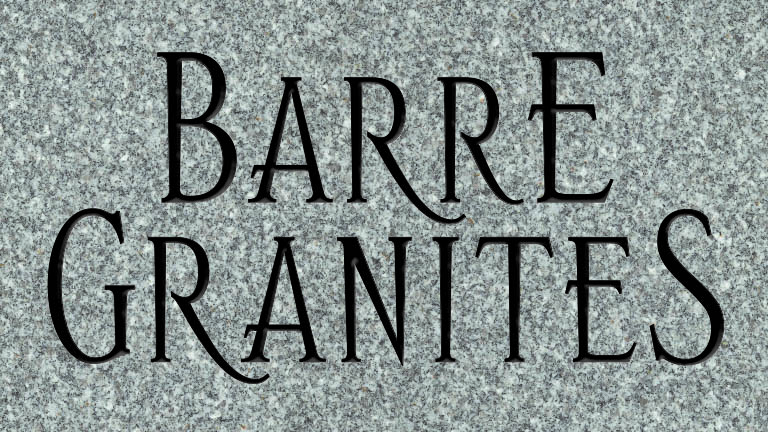 Example of the MLC Special Roman 2 Condensed, including alternate characters based on examples of Barre Old Style lettering.

The original metal Spacerite alphabet contained a second ‘K’ brandishing a much longer leg, and the MLC also created a condensed version of this character. The MLC also created alternate versions of’ ‘K’ and ‘R’ containing elongated legs which curl underneath subsequent characters. Also included are alternate versions of ‘P’ and ‘R’ which have open bowls like their original counterparts, and alternates of the numerals ‘6’ and ‘9’, which instead contain closed bowls. One final alternate was created for the numeral ‘3’, which was inspired by General Chennault’s memorial. These alternates are available when using software which supports OpenType features.

Due to the thin serifs, many customers asked for a bolder version of the font, allowing it to be used for smaller inscriptions. The MLC obliged, adding a bold version of the font, that can be used as small as 1.125″-1.25″. The MLC also added several ligatures to the font. If you previously purchased a license for the font, log in to re-download and receive the updated font files.