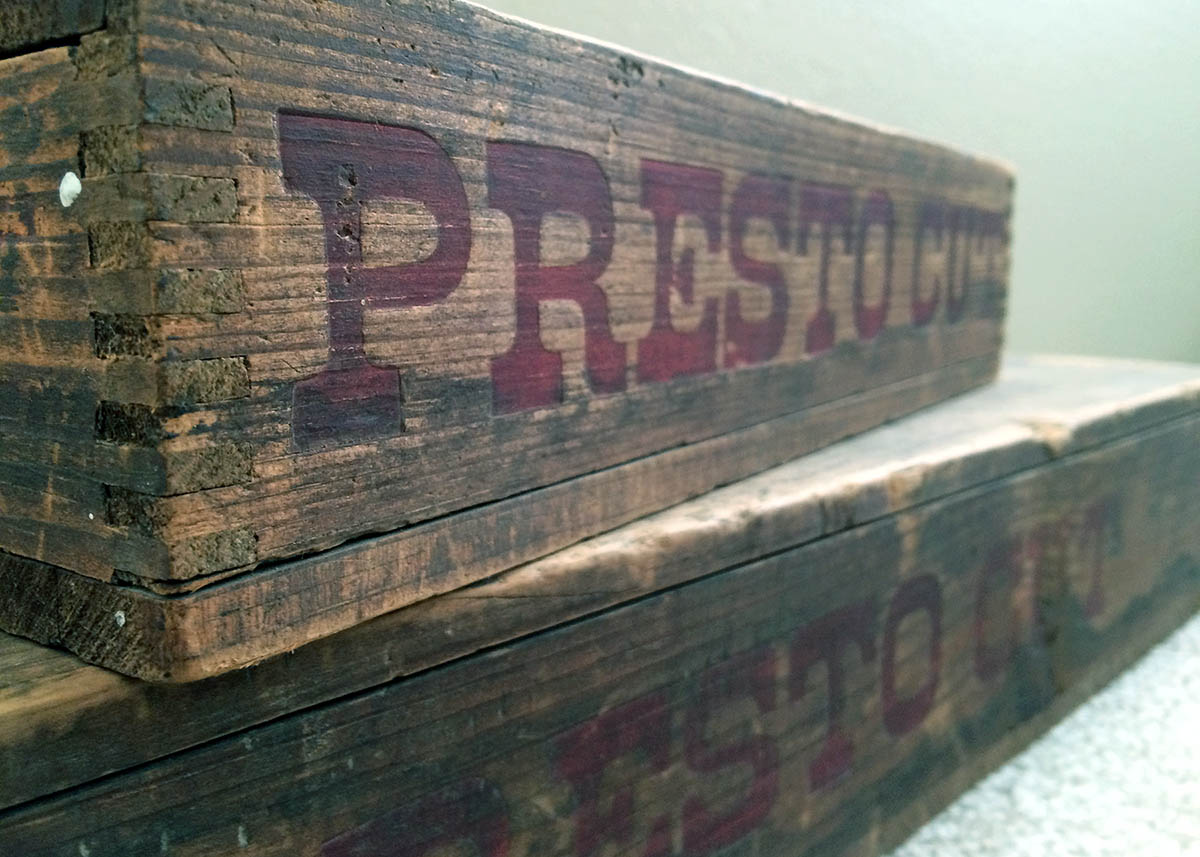 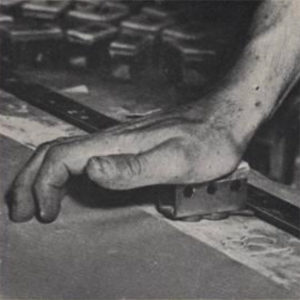 In 1940, Massachusetts inventor Emile C. Franzmann applied for a patent for the industry’s first successful stencil die-cutting letters, which were marketed under the name Presto Cut. The letters and numbers came separately in wood boxes by size, displaying the name of the system on their sides. The Presto Cut process involved applying a stencil onto a memorial while the metal letters were heating on an electric heating device. After the dies were heated to the correct temperature they were placed on the stencil and pressed by hand one die at a time to cut each letter through the stencil. The letters were then picked and the stone was sandblasted.

As luck would have it, only four years earlier Franzmann had invented and patented an electric heating device capable of heating the metal letters. On the backside of the letters was riveted a thick piece of felt, which provided a buffer between the hand of the operator and the hot metal. The Presto Cut alphabet was a modified roman with numerals and no punctuation–the style obviously borrowed from the Spacerite Modified Roman alphabet, with a few minor differences.

Learn about the details of the Presto Cut Modified Roman alphabet in the font shop!

The system eliminated the need for a memorialist to hand-cut stencil, but because each letter needed to be heated and pressed individually, the method was apparently too tedious to gain widespread use and the system saw limited usage. Stencil cutting dies would not become an industry-standard until nearly 3 decades later with the stencil press revolution and plastic stencil cutting dies. 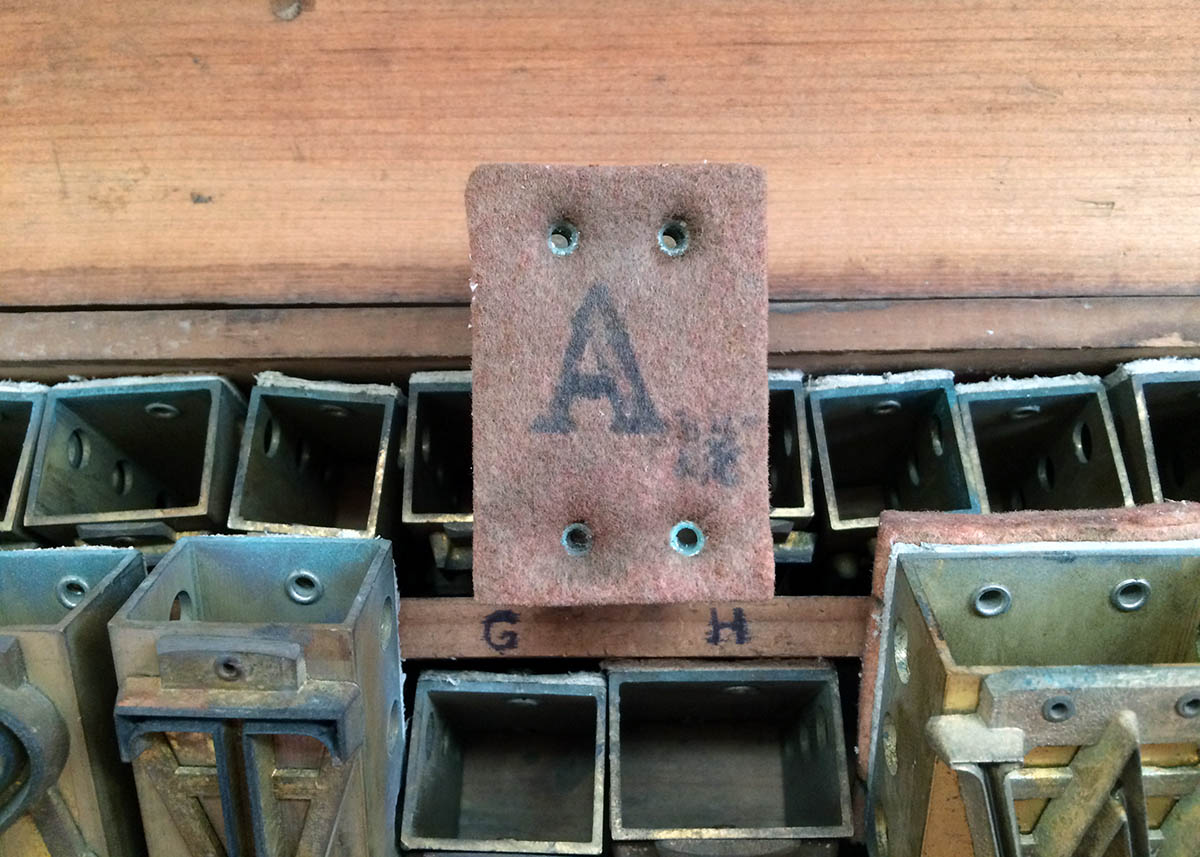 Felt on the back of the Presto Cut letter A. 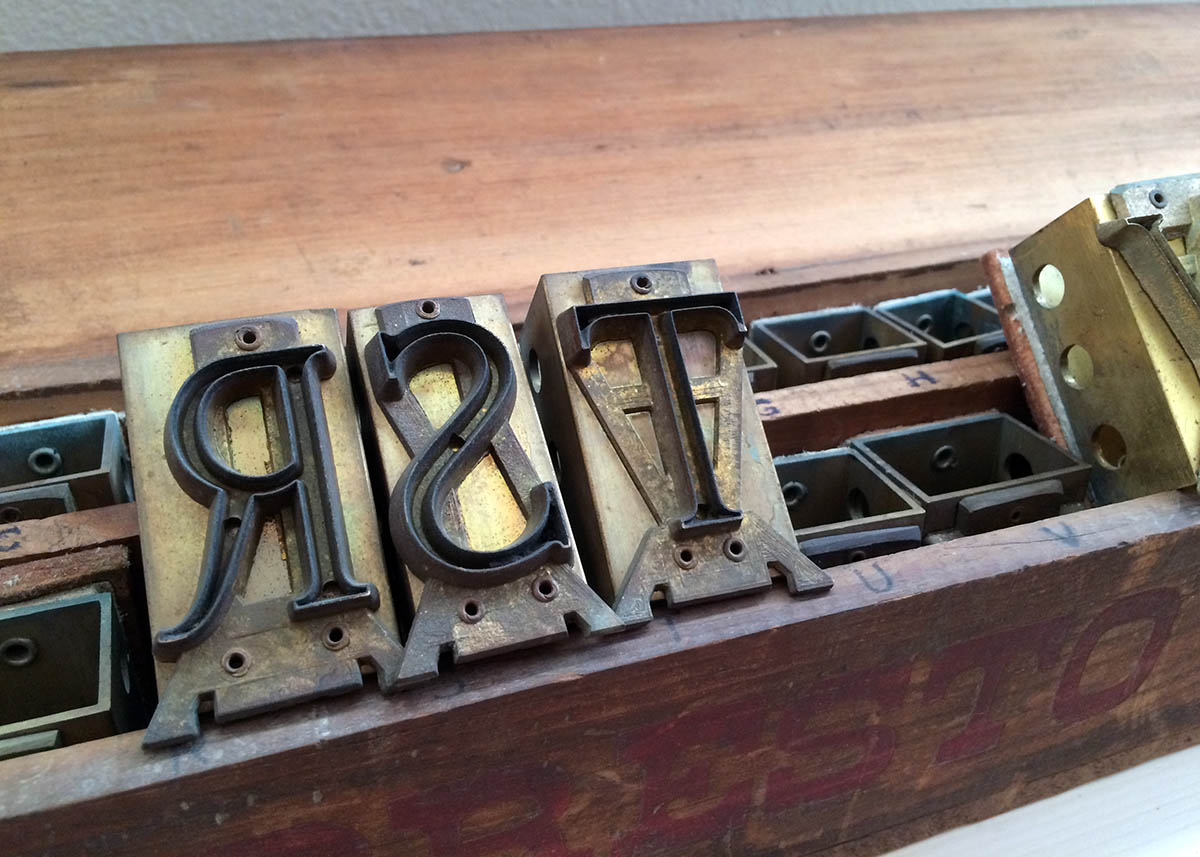 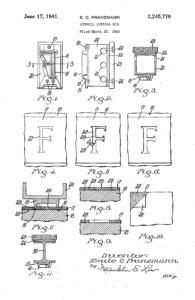 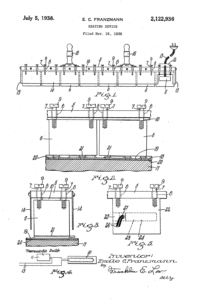