Digital monument fonts based on a custom metal lettering set created by Delano Granite Works. Both OpenType and TrueType font formats included with the download. 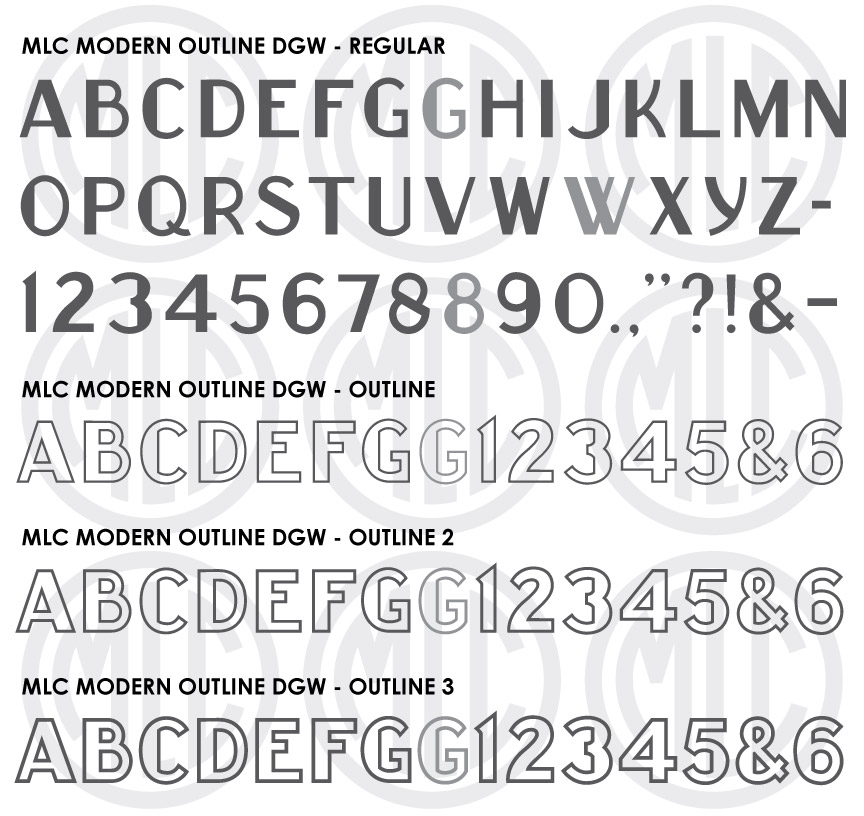 Delano Granite Works of Delano Minnesota created this version of the Modern font, a name used in the monument industry for many sans-serif art deco-inspired fonts. The alphabet was created in-house by the company, and eventually made into an aluminum alphabet, and as far as it is known was never made available to the industry at large. It is not known for certain, but the likely designer of the alphabet was the company’s head designer CE Dunn, who created many lettering styles for the Granite Works. The style was used by the company at least as far back as the mid-1950s. At least two sizes were created in aluminum, one at 1″ and another at 1.75″. The Monument Lettering Center created 4 versions of the font, Regular (with no outline), Outline (will match the 1.75″ aluminum letters), Outline 2 (an average outline thickness between ‘Outline’ and ‘Outline 3’), and Outline 3 (will match the 1″ aluminum letter sets). Monuments with the font used for the family name at much larger sizes have been seen in cemeteries, but no known letter sets at larger sizes have been found. 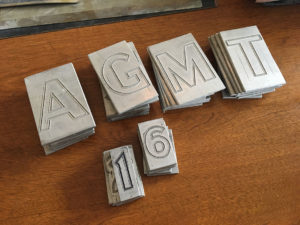 The numeral ‘8’ has an extremely unique form that is not repeated in any other monument font. The bottom curve of ‘U’, and ‘J’ meet the stems at sharp angles instead of smooth transitions, which has an even more exaggerated effect on the bottom right side of the letter ‘G’ where there would typically be a curve or containing a spur.

The letter sets used to create the MLC version of this font contained no punctuation. The MLC used existing examples found in the cemetery to make the period, comma, and hyphen. All other punctuation was created by the MLC. The Monument Lettering Center also created alternate versions of the letters ‘G’, ‘W’, and ‘8’, which are available in software that supports OpenType features.