A digital monument font based on Cutrite Systems’ Vermarco alphabet, by the PMD Company. Both OpenType and TrueType font formats included with the download.

* Only the basic character set is shown here. For a sample character map see the MLC Font Project page.[/caption]

This alphabet saw most of its use between the mid 1970s through the 1990s.

Originally created as a plastic stencil cutting alphabet, the PMD company inherited the master alphabet molds from the Allied Industrial Sales Corporation which filed for bankruptcy in the mid 1970s. The creator of the alphabet is unknown. It is possible that it was designer by John Gaspari, but may as well have been created by his father, Anthony – who designed most of the AISC alphabets around the time of his departure from PALL Canada. 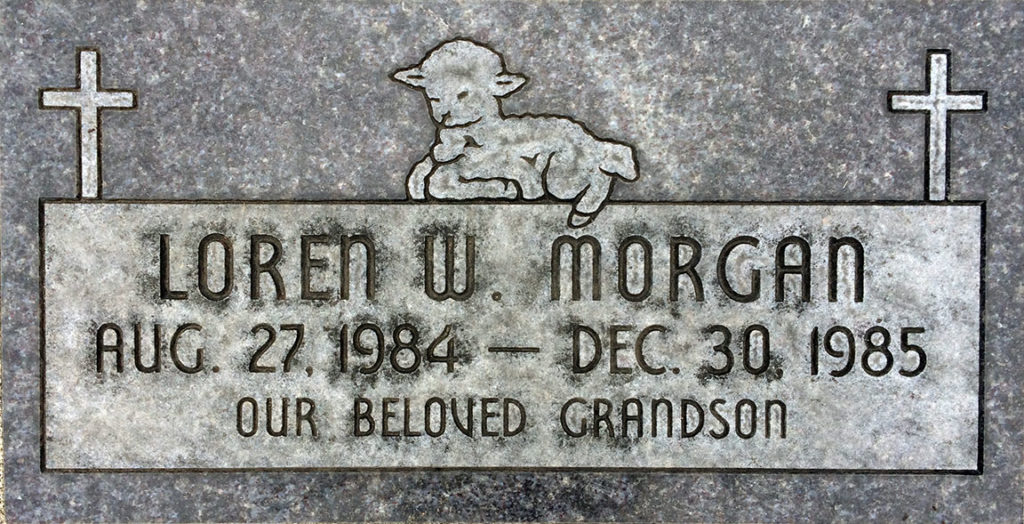 This alphabet is unique as it is the only version of Vermarco containing a notched ‘1’. Because it is slightly narrower than other versions, it is often referred to as “Condensed Vermarco”. As well as being narrower, the alphabet is bolder than most, and contains many subtle differences such as the higher crossbars on ‘A’ and ‘H’. The counter of ‘B’, ‘P’ and ‘R’ are all much smaller than most prior Vermarcos, and typical of Vermarcos which descended from Anthony Gaspari’s designs, ‘6’ and ‘9’ contain flatter backs rather than strictly oval, ‘8’ is made up of two circles instead of a “figure-eight”, zero is not oval but has flat sides like ‘O’, and the terminal at the bottom of ‘Y’ contains a bit of an awkward sharply angled hook rather than a smooth curve. Also the tail of ‘Q’ is much thicker on the inside of the counter giving it a blocky feel, the stem of ‘4’ does not come up as high as usual, and the bottom of ‘5’ is more traditionally round than both the Spacerite and ScotchKut versions. The Cutrite version also includes alternate rounded ‘E’ and ‘F’ characters, which were first contained in The Spacerite Vermarco.

The alphabet contained the standard plastic die cutting alphabet punctuation (dashes, periods and commas) but typical of Cutrite alphabets, also contained an ampersand; all other punctuation and extra characters have been created by using other monument industry Vermarcos as a guide. As listed above, the alphabet includes alternates of ‘E’ and ‘F’, which are available as OpenType alternates when using software which supports OpenType features.