The story of PMD:

After a falling out of the original partners and the bankruptcy of the Allied Industrial Sales Corporation, at only 21 years old, Fred Adler took control of the AISC line of stencil cutting dies and began marketing them under the name “Cutrite Systems”. His name choice was influenced by the recent purchase and renaming of SKS Limited to “Scotchkut Systems” by the 3M Company. Fred produced the dies with his new plastics company, Plastic Memorial Designs International. 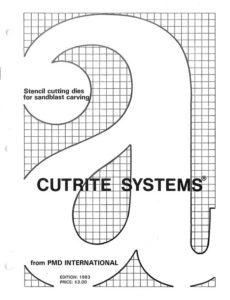 PMD continued to produce the alphabets created for AISC by Anthony Gaspari, but also began producing custom alphabets and designs for monument dealers upon request, including versions of Univers 55 and Helvetica. His version of Univers 55 was created for the Norwegian company S. Sandburg and Sons. This was the first major move since the 1920s to make and market popular print alphabets available to the monument industry. The company was also the first in the industry to market Cyrillic and other European alphabet styles. By 1995, the Cutrite Systems catalog included 30 alphabet styles, by far the most out of any other monument lettering company.

The process of creating the plastic dies was painstaking, as new master templates were required for each new item. Fred accomplished the task by tracing or drafting by hand on vellum with technical precision point pens and using a photo etching process to create the template masters. The catalog illustrations of the alphabets, however, were created with a slightly less technical process. Using the plastic letter sets, the alphabets were pressed into a piece of sandblast stencil which was then applied to a whiteboard. After the letters were picked, the alphabet was spray-painted onto the board before removing the stencil and taking a photo. While carrying on PMD, Fred also created another company, Allstar Plastics, concentrating on the advertising novelty business. Fred would later shut down PMD and the distribution of the Cutrite line was channeled through Allstar Plastics. 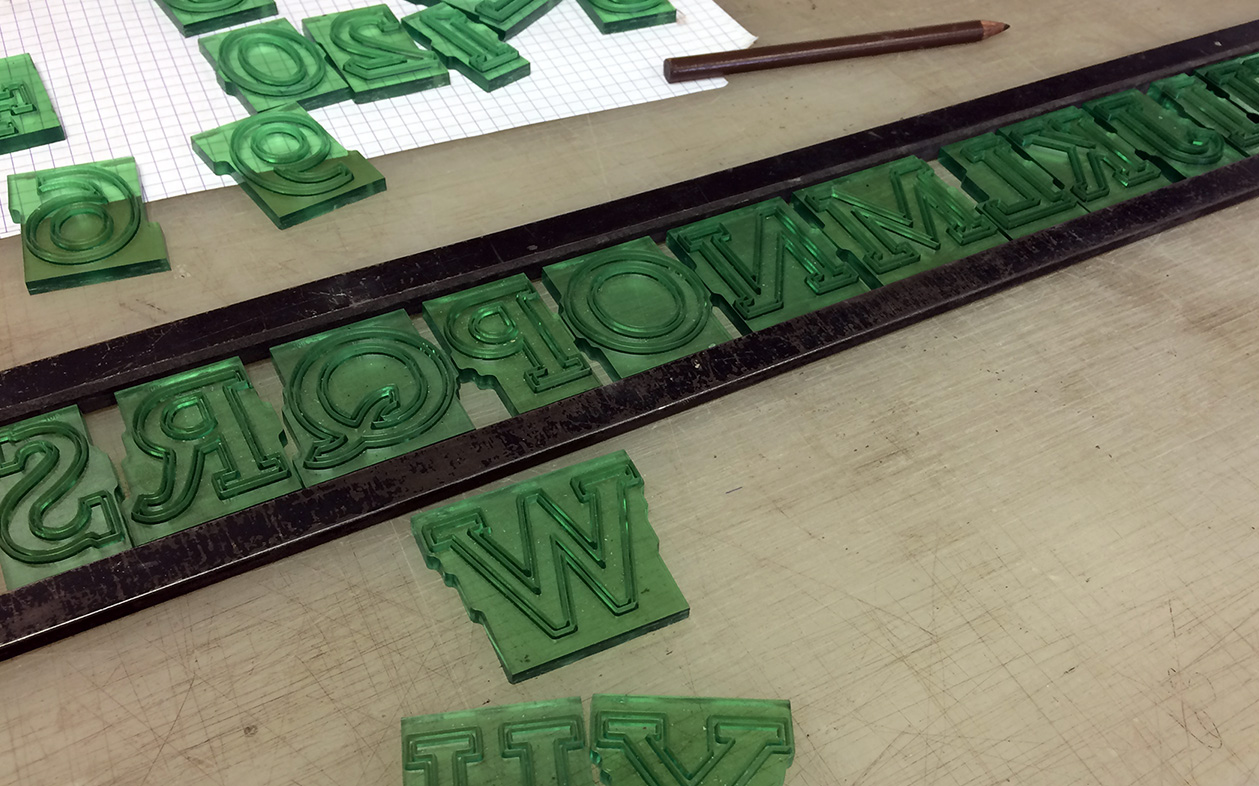 With the rise of computer software and stencil cutting plotters, the demand for stencil press letters and designs dwindles, and sometime around the late 1990s, the decision was made to sell the remaining Cutrite stock to Derusha Supply, a memorial tool supplier in Quebec, Canada. The Cutrite line was discontinued, and Adler did not save the original plastic molds. Derusha distributed the remaining Cutrite alphabets to the industry until all that remained were a few broken or incomplete sets and some of the less popular styles – mostly the European alphabets.

* PMD also created custom alphabets for clients that are not listed here. The Monument Lettering Center is interested in acquiring old PMD catalogs, if you have any you are willing to donate or lend out for scanning, please contact the MLC.